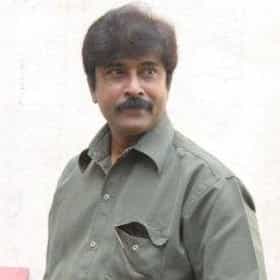 Bhanuchander(born Madduri Bhanuchander) is an Indian film actor, director and producer known for his works predominantly in Telugu and Tamil cinema. He is the son of veteran composer Madduri Venugopal. He is known for his association with directors like K. Viswanath, Balu Mahendra, B. Narsing Rao, K. Balachander and S. S. Rajamouli. In 1990, he starred in Sutradharulu, which won the National Film Award for Best Feature Film in Telugu for that year. ... more on Wikipedia

Bhanu Chander is also found on...