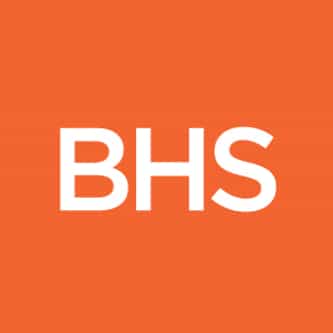 BHS, is a British department store chain with branches mainly located in high street locations, primarily selling clothing and household items. In recent years, the company has begun to expand into furniture, electronics, entertainment, convenience groceries and, most recently, fragrance and beauty products. The company has 171 stores throughout the United Kingdom, and 88 franchise stores internationally. BHS was previously a constituent of the FTSE 100 Index, but was bought by Sir Philip ... more on Wikipedia

British Home Stores IS LISTED ON