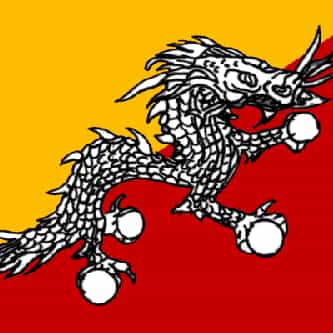 Bhutan, officially the Kingdom of Bhutan, is a landlocked country in South Asia at the eastern end of the Himalayas. It is bordered to the north by China and to the south, east and west by India. To the west, it is separated from Nepal by the Indian state of Sikkim, while farther south it is separated from Bangladesh by the Indian states of Assam and West Bengal. Bhutan's capital and largest city is Thimphu. At that time the lama and military leader Ngawang Namgyal, the first Zhabdrung ... more on Wikipedia

Bhutan IS LISTED ON