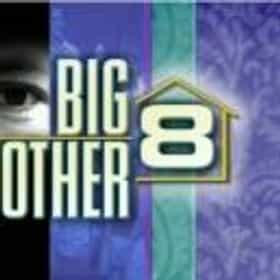 Big Brother is a television reality game show based on an originally Dutch TV series of the same name created by producer John de Mol in 1997. The series follows a group of contestants, known as HouseGuests, who are living together in a custom-built home under constant surveillance. The HouseGuests are completely isolated from the outside world, and can have no communication with those not in the house. The contestants are competing for a $500,000 grand prize, with weekly competitions and evictions determining who will win the show. The series takes its name from the character in George Orwell's novel Nineteen Eighty-Four. The series launched on July 5, 2000 to a successful start, ... more on Wikipedia

The Best Big Brother Contestants of All Time 107.1k votes Here are the very best Big Brother contestants of all time. These are the most conniving, most outlandish, and greatest Big ...
The Most Legendary Big Brother Contestants: Where Are They Now? 41.7k views Big Brother launched in 1999 in the Netherlands. It was originally billed as a social experiment: what happens when stranger...
From The White House To Big Brother Celebrity Edition: Omarosa's Bizarre Fall From Trump's Graces 25.1k views Love her or hate her, you must admit Omarosa is a compelling figure. Given her high-profile exodus from the White House and ...

Big Brother is ranked on...