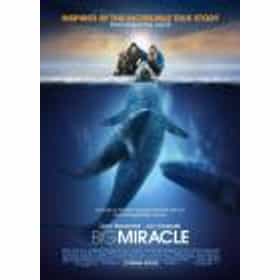 Big Miracle is a 2012 family drama film starring Drew Barrymore and John Krasinski. The film, directed by Ken Kwapis, is based on the 1989 book Freeing the Whales by Tom Rose, which covers Operation Breakthrough, the 1988 international effort to rescue gray whales trapped in ice near Point Barrow, Alaska. The film was released on February 3, 2012. The movie flopped at the box office, only opening to more than $7 million and pulling in $24,719,215 overall. ... more on Wikipedia

Big Miracle is ranked on...

Big Miracle is also found on...