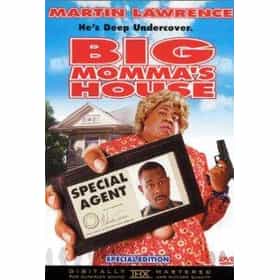 Big Momma's House 2 is a 2006 American comedy film and the sequel to Big Momma's House. The film was directed by John Whitesell, based on the characters created by Darryl Quarles from the original film, and starring Martin Lawrence reprising his role as FBI agent Malcolm Turner. The film was released theatrically on January 27, 2006 and was critically panned as critics felt that a sequel was unnecessary. Unlike the original, the film is more family friendly compared to the original film's more mature target demographic. The film was not well received by film critics, scoring 6% at Rotten Tomatoes. ... more on Wikipedia