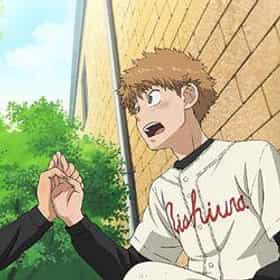 Big Windup!, often shortened to just Ōfuri, is a baseball manga series by Asa Higuchi, serialized in the monthly seinen Afternoon magazine since 2003. It has been adapted into an anime TV series, animated by A-1 Pictures, which premiered in Japan on TBS. It received its international television premiere on Animax's English language networks in Asia, Animax Asia. The manga series won the prestigious Tezuka Osamu Cultural Prize for best creative work in 2006. In 2007, it won the Kodansha Manga Award for general manga. The manga was on a 1-year hiatus, and it was resumed on the November 2011 issue of Afternoon. ... more on Wikipedia

Big Windup! is ranked on...