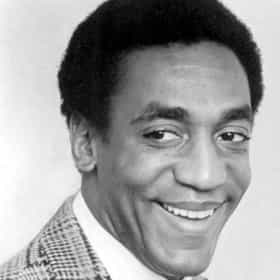 William Henry Cosby Jr. (; born July 12, 1937) is an American stand-up comedian, actor, musician, author, and convicted sex offender. He held an active career for over six decades before being convicted and imprisoned for sex offenses in 2018. Cosby began his career as a stand-up comic at the hungry i in San Francisco during the 1960s. He then landed a starring role in the television show I Spy, followed by his own sitcom The Bill Cosby Show, which ran for two seasons from 1969 to 1971. In 1972, using the Fat Albert character developed during his stand-up routines, Cosby created, produced, and hosted the animated comedy television series Fat Albert and the Cosby Kids which ran until ... more on Wikipedia

Bill Cosby is ranked on...

Bill Cosby is also found on...