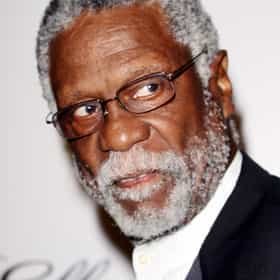 William Felton Russell (born February 12, 1934) is an American retired professional basketball player who played center for the Boston Celtics of the National Basketball Association (NBA) from 1956 to 1969. A five-time NBA Most Valuable Player and a twelve-time All-Star, he was the centerpiece of the Celtics dynasty that won eleven NBA championships during his thirteen-year career. Russell and Henri Richard of the National Hockey League are tied for the record of the most championships won by an athlete in a North American sports league. Russell led the University of San Francisco to two consecutive NCAA championships in 1955 and 1956, and he captained the gold-medal winning U.S. ... more on Wikipedia

Bill Russell is ranked on...

Bill Russell is also found on...