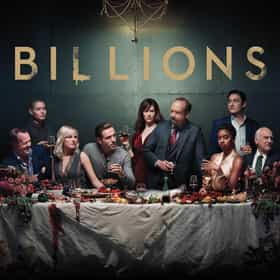 Billions (Showtime, 2016) is loosely based on the activities of crusading federal prosecutor Preet Bharara, the U.S. Attorney for the Southern District of New York. Bobby "Axe" Axelrod (Damian Lewis) is an ambitious hedge fund manager who survived the September 11 attacks, and thus pays the college tuitions of his former colleagues' children. He is extremely charitable and generous in public, but grows his firms enormous wealth. ... more on Wikipedia

Billions is ranked on...