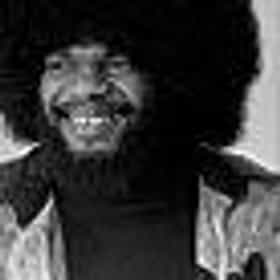 William Everett Preston (September 2, 1946 – June 6, 2006) was an American musician whose work encompassed R&B, rock, soul, funk, and gospel. Preston was a top session keyboardist in the 1960s, during which he backed artists such as Little Richard, Sam Cooke, Ray Charles, Rev. James Cleveland and The Beatles. He went on to achieve fame as a solo artist, with hit singles such as "That's the Way God Planned It", "Outa-Space", "Will It Go Round in Circles", "Space Race", "Nothing from Nothing" and "With You I'm Born Again". Additionally, Preston co-wrote "You Are So Beautiful", which became a number 5 hit for Joe ... more on Wikipedia

Billy Preston is ranked on...

#111 of 211 Rock Stars Whose Deaths Were The Most Untimely 261.8k VOTES Dead rock stars, ranked in order of how much potential great music was lost to this world by their untimely passing. Th...
#56 of 100 The Greatest Motown Artists Of All-Time 10.9k VOTES Nobody blends soul, R&B, and pop music quite like the best Motown artists of all-time. Founded by Berry Gordy Jr. i...
#93 of 139 Bygone Musicians You Most Want to See Perform as Holograms 72.4k VOTES A hologram wish-list for dead musicians. At the Coachella Music Festival in April of 2012, a holographic image of the deceas...
#4 of 12 Who Should Be The Fifth Beatle? 125 VOTES For as long as the Beatles have been in the spotlight, there has been talk of a fifth Beatle among fans, critics, and even t...
#10 of 106 The Greatest Organists in Rock and Jazz History 5.3k VOTES Similar to the harpsichord and piano, but more grand and beautiful, the organ can create a louder, richer sound with a deep ...
#31 of 114 The Best Musical Artists From Texas 8.8k VOTES Here are the best artists and bands from Texas. Everything's bigger in Texas. Apparently, that also applies to the fame of s...
#48 of 220 The Greatest R&B Artists of All Time 15.5k VOTES When it comes to the pop charts, R&B artists tend to be among the most popular. The best R&B singers have been toppi...
#40 of 132 The Best Funk Bands/Artists 17.9k VOTES This funk bands list ranks the best funk artists and musicians by votes. This list of top funk groups let’s you see who fu...
#91 of 159 The Best Soul Singers/Groups of All Time 35.1k VOTES Combining elements of jazz, R&B, and traditional gospel music, soul is a genre that became popular in the 1950s and hasn...
#98 of 138 The Best Disco Bands/Artists 13.2k VOTES What separates disco bands from their pop music contemporaries is that their music is not only catchy and hip shaking, it's ...
All Howard Stern Show Musical Performers 66.2k VIEWS List of all artists and bands who have played live on The Howard Stern show over the years. As you can see, many great bands...
Famous People Named William and Bill 62.1k VIEWS List of famous people named Bill, along with photos. How many celebrities named William can you think of? The famous Bills b...
Every Band & Musician Who Has Performed on Saturday Night Live 104.2k VIEWS Live from the main stage at 30 Rockefeller Plaza, this is a list of every band, musician, and singer who has performed on Sa...
#57 of 107 The Best Musicians Who Performed on SNL in the '70s 548 VOTES Even though Saturday Night Live didn't start until halfway through the decade, there were still plenty of '70s SNL musical g...
Celebrities Born On Labor Day 1k VIEWS This list includes information on famous people born on Labor Day loosely ranked by fame and popularity. Several famous acto...
Famous Kidney Transplant Recipients 36.5k VIEWS A list of famous kidney transplant recipients. All types of celebrities have been included from the music industry, TV, film...

Billy Preston is also found on...