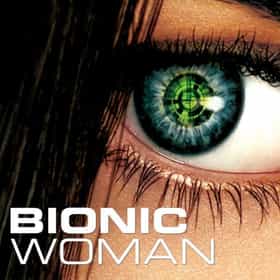 Bionic Woman is an American science fiction television drama that aired in 2007, which was created by David Eick, under NBC Universal Television Group, GEP Productions, and David Eick Productions. The series was a re-imagining of the original television series, The Bionic Woman, created by Kenneth Johnson, which in turn was based upon the novel Cyborg by Martin Caidin and its TV adaptation The Six Million Dollar Man, retaining its forebears' premise while taking on a more contemporary setting. David Eick also serves as executive producer alongside Laeta Kalogridis and Jason Smilovic. Production of the series was halted due to a strike by the Writers Guild of America causing only eight ... more on Wikipedia

Bionic Woman is ranked on...

#427 of 2,286 The Greatest TV Shows Of All Time 1.4M VOTES Choosing the best TV shows of all time means taking into account the best TV dramas, the best TV comedies, the best cartoons...
#64 of 261 The Best Female-Led TV Shows 24.3k VOTES While society has by no means reached actual equality, in the last few years television viewers have started to see an uptic...
#30 of 59 People who voted for Bionic Woman... People outside of the US are 3x more likely to vote for this also upvote Sam Winchester on The Most Hardcore Current TV Characters The Best TV Reboots & Revivals 19.3k VOTES This list contains information about the best TV reboots, ranked from best to worst by user votes. The top TV reboots come i...
#15 of 35 What to Watch If You Love 'Hawaii Five-0' 140 VOTES Hawaii Five-0 is a police procedural drama set in the state of Hawaii that garnered the love and affection of hordes of fans...
#4 of 36 The Worst TV Reboots 719 VOTES This list contains information about the worst TV reboots, ranked from the very worst to the just semi-terrible by your vote...
#173 of 272 The Greatest Supernatural Shows of All Time 453.7k VOTES The very best supernatural shows on television, ranked from best to worst. Popular supernatural TV shows have been a staple ...
#46 of 267 The Best Adventure TV Shows 5.6k VOTES The very best adventure shows on television, ranked from best to worst. This list of the greatest adventure shows also inclu...
#25 of 62 The Best TV Dramas from the 1980s 12.5k VOTES If you’re an avid television fan, chances are there's at least one 1980s drama series that you love. For the first time...
#25 of 54 The Most Exciting Action Series Ever Made 888 VOTES The best action TV shows ever aired are some of the most exciting TV shows to watch on television, but which is the best of ...