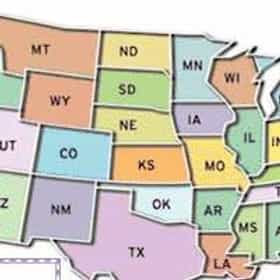 Bismarck is the capital of the U.S. state of North Dakota and the county seat of Burleigh County. It is the second most populous city in North Dakota after Fargo. The city's population was 61,272 at the 2010 census, while its metropolitan population was 126,597. In 2014, Forbes magazine ranked Bismarck as the seventh fastest-growing small city in the United States. Bismarck was founded in 1872 and has been North Dakota's capital city since the State was created from Dakota Territory and admitted to the Union in 1889. Bismarck is on the east bank of the Missouri River, directly across the river from Mandan. The two cities make up the core of the Bismarck-Mandan Metropolitan Statistical ... more on Wikipedia

Bismarck is ranked on...

#107 of 116 The Most Underrated Cities in America 59.9k VOTES When you think of the coolest American cities, you probably imagine places like Los Angeles and New York. But there is so mu...
#22 of 77 US Cities That Should Have an NFL Team 94.5k VOTES   Of course big cities like New York and Miami have NFL teams, but there are plenty of other cities that should have ...
Gay Events & Pride Parades Around the World 17.5k VIEWS Here is a list of gay pride parades and gay events celebrated around the world. The LGBT Community in each city plans and pu...

Bismarck is also found on...