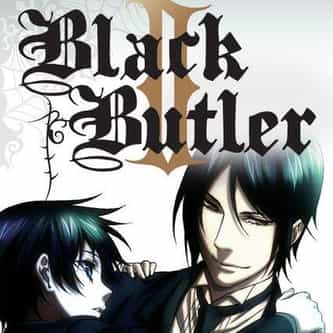 Black Butler (A-1 Pictures, 2008) is a Japanese anime series based on the manga by Yana Toboso. Aided by Sebastian Michaelis, his loyal butler with seemingly inhuman abilities, Young Ciel Phantomhive, known as "the Queen's Guard Dog," takes care of the many unsettling events that occur in Victorian England for Her Majesty. ... more on Wikipedia

Black Butler IS LISTED ON