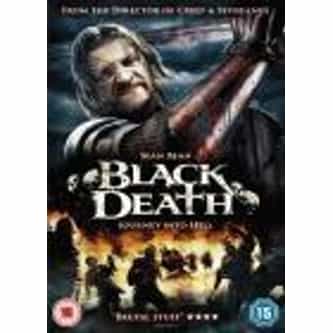 Tagline
Repent
In an age of darkness one man will face the ultimate battle against evil.

This film is a 2010 German-British action horror film directed by Christopher Smith from an original screenplay by Dario Poloni. It stars Sean Bean, Eddie Redmayne, and Carice van Houten. Despite not being credited as a writer, Smith made very significant changes in the second half of the script, including a new ending. ... more on Wikipedia

Black Death IS LISTED ON