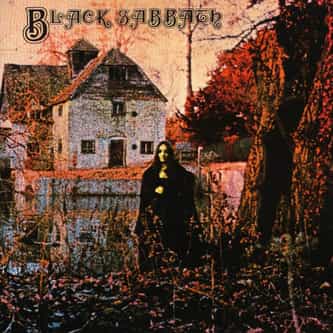 Black Sabbath is the eponymous debut studio album by English rock band Black Sabbath. Released on 13 February 1970 in the United Kingdom and on 1 June 1970 in the United States, the album reached number eight on the UK Albums Chart and number 23 on the Billboard charts. Although it was poorly received by most contemporary music critics, Black Sabbath has since been credited with significantly influencing the development of heavy metal music. ... more on Wikipedia

Black Sabbath IS LISTED ON