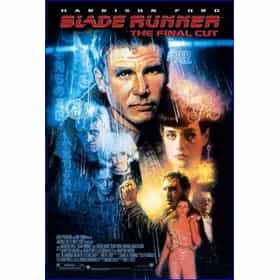 Blade Runner is a 1982 American neo-noir dystopian science fiction film directed by Ridley Scott and starring Harrison Ford, Rutger Hauer, Sean Young, and Edward James Olmos. The screenplay, written by Hampton Fancher and David Peoples, is a modified film adaptation of the 1968 novel Do Androids Dream of Electric Sheep? by Philip K. Dick. The film depicts a dystopian Los Angeles in November 2019, in which genetically engineered replicants, which are visually indistinguishable from adult humans, are manufactured by the powerful Tyrell Corporation as well as by other "mega-corporations" around the world. The use of replicants on Earth is banned and they are exclusively utilized ... more on Wikipedia

Apocalypse Now
Every Warning Sci-Fi Writer Philip K. Dick Gave Us About Technology That Is Coming True 11k views The life of author Philip K. Dick sounds like the plot of it's own science fiction movie. The celebrated writer, who's work ...
Blade Runner Already Had A Sequel, And It Was The Trashiest Movie Of 1998 262.4k views If you're a fan of Blade Runner, Ridley Scott's sci-fi masterpiece about a cop who hunts down androids in a gritty future Lo...
25 'Blade Runner' Fan Theories That'll Have You Dreaming Of Electric Sheep 236 votes One of the best things about the Internet is that anyone can put out a theory about anything much like these fan theories ab...
The Best Quotes From 'Blade Runner' 367 votes The best Blade Runner quotes make you realize how great the movie really is, even if you haven't seen it in a while. Let's r...
There Are Eight Versions Of Blade Runner, And Each One Is Crazier Than The Next 3k views Ridley Scott’s 1982 dystopian science fiction film Blade Runner is widely regarded as one of the great tonal masterpieces of...

Blade Runner is ranked on...

Blade Runner is also found on...