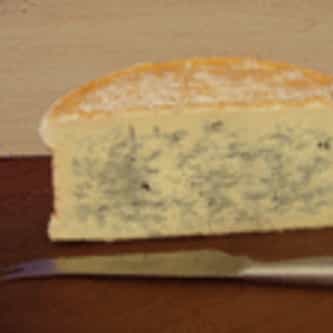 Bleu d'Auvergne is a French blue cheese, named for its place of origin in the Auvergne region of south-central France. It is made from cow's milk, and is one of the cheeses granted the Appellation d'Origine Contrôlée from the French government. Bleu d'Auvergne is of relatively recent origin, discovered in the mid-1850s by a French cheesemaker named Antoine Roussel. Roussel noted that the occurrence of blue molds on his curd resulted in an agreeable taste, and conducted ... more on Wikipedia

Bleu d'Auvergne IS LISTED ON