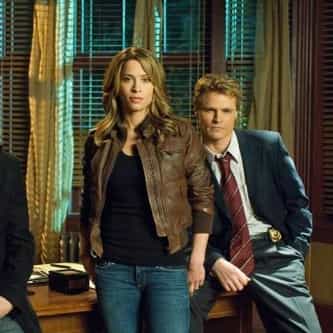 Blood Ties is a Canadian television series based on the Blood Books by Tanya Huff; the show was created by Peter Mohan. It is set in Toronto, Canada and has a similar premise to an earlier series also set in Toronto, Forever Knight, in which a vampire assists police in dealing with crime. It premiered in the United States on March 11, 2007 on Lifetime Television, and during fall of 2007 on City and Space in Canada. In May 2008, Lifetime declined to renew the series. ... more on Wikipedia

Blood Ties IS LISTED ON