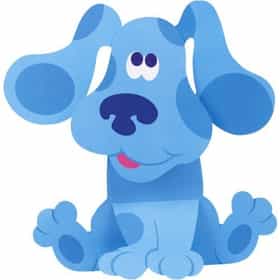 Blue's Clues is an American children's television series that premiered on Nickelodeon. Producers Angela Santomero, Todd Kessler and Traci Paige Johnson combined concepts from child development and early-childhood education with innovative animation and production techniques that helped their viewers learn. It was hosted originally by Steve Burns, who left in 2002 to pursue a music career, and was replaced by Donovan Patton. The show follows an animated blue-spotted dog named Blue as she plays a game with the host and the viewers. Blue's Clues became the highest-rated show for preschoolers on American commercial television and was critical to Nickelodeon's growth. It has been called ... more on Wikipedia

Blue's Clues Fan Theories 998 votes Debuting in 1996, Blue's Clues was a national phenomenon. Pre-school children everywhere were Skidooing into make-believe wo...
Steve From Blue's Clues Quit The Show Because They Wanted Him To Wear A Wig 38.5k views With his laid-back delivery, sweet baby face, and green-striped rugby shirt, Steve Burns from Blue's Clues was the first TV ...

Blue's Clues is ranked on...