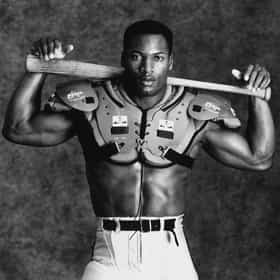 Vincent Edward "Bo" Jackson (born November 30, 1962) is an American former baseball and football player. He is the only professional athlete in history to be named an All-Star in both baseball and football, and one of few to do so in two major sports. Jackson's elite talent in multiple sports has given him the reputation as one of the greatest athletes of all time.While at Auburn University, Jackson won the 1985 Heisman Trophy, annually awarded to the best collegiate football player in the United States. Jackson was inducted into the College Football Hall of Fame in 1996. Jackson was originally drafted first overall by the Tampa Bay Buccaneers in the 1986 NFL Draft, but ... more on Wikipedia

Bo Jackson is ranked on...

Bo Jackson is also found on...