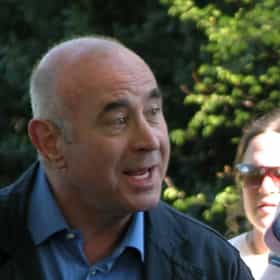 Bob Hoskins is ranked on...

#294 of 1,151 People who voted for Bob Hoskins... also upvote Star Wars Franchise on Every Star Wars Movie, Ranked Best to Worst also upvote Die Hard Franchise on The Most Rewatchable Movies The Best Actors in Film History 2.2M VOTES The best actors ever are ranked here in this list of the best actors in film history. These are the greatest actors ever to ...
#535 of 928 People We Wish Were Still Alive 3.3M VOTES RIP to our world's greatest achievers, those who changed the way we live and the ways we thought. This list of people we wis...
#106 of 273 The Greatest British Actors of All Time 283.4k VOTES This list of the greatest British actors of all time has been ranked by fans of the films and TV shows in which these men ha...
#74 of 311 Which Actor Would You Bring Back for One Final Movie? 184.4k VOTES We asked, you answered. Fans of the Ranker Facebook page chose which dead actors they’d like to bring back to life for just ...
#46 of 115 The Best English Actors of All Time 78.8k VOTES Some of the best actors of all time hail from England, and whether you love these English men for their acting talents or ju...
#41 of 116 The Best Short Actors 51k VOTES Who are the best short actors? Some of the incredibly famous actors on this list are surprisingly diminutive, coming in at 5...
19 Actors Who Were Incredibly Close To Playing Harry Potter Characters 45.1k VIEWS Believe it or not, there actually were some British people who weren't in Harry Potter. Behind-the-scenes stories are shared...
Straight Actors Who Have Played Gay Characters 119.3k VIEWS List of gay characters played by straight actors, loosely ranked by fame and popularity. One of the great things about being...
Actors Who Were Drunk While They Were Filming Movies 27.4k VIEWS Actors who drank on set range from the squeakiest of the clean to veteran hell-raisers. Daniel Radcliffe didn’t drink o...

Bob Hoskins is also found on...