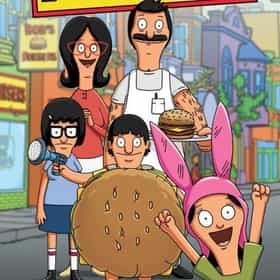 Bob's Burgers is an American animated sitcom created by Loren Bouchard for the Fox Broadcasting Company. The series centers on the Belchers—parents Bob and Linda, and their children Tina, Gene, and Louise—who run a hamburger restaurant. The family was conceived by Bouchard after developing Home Movies. Since its debut on January 9, 2011, the series has broadcast 83 episodes. While reviews for the first season were mixed, feedback for subsequent seasons have been very positive. After the first season, Bento Box Entertainment was replaced by Wilo Productions and Buck & Millie Productions. All seasons were produced in association with 20th Century Fox Television, and is distributed by ... more on Wikipedia

Bob's Burgers is ranked on...