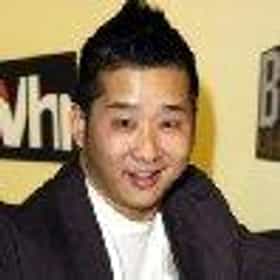 Robert Lee Jr. (born September 18, 1971) is an American actor and comedian of Korean descent, best known for being a cast member on MADtv from 2001 to 2009 and for his roles in the films Harold & Kumar Go to White Castle (2004), Pineapple Express (2008), and The Dictator (2012). Between 2018 and 2019, Lee co-starred in the ABC single-camera sitcom series Splitting Up Together alongside Jenna Fischer and Oliver Hudson.In 2016, Lee and his girlfriend, Khalyla Kuhn, started a weekly podcast titled TigerBelly, which currently has over 300,000 subscribers and 45 million views on YouTube. ... more on Wikipedia

Bobby Lee is ranked on...

#323 of 362 People who voted for Bobby Lee... also upvote Friday the 13th Franchise on The Greatest Horror Films of All Time also upvote Shrek Franchise on The Best Animated Films Ever The Funniest People of All Time 896.6k VOTES The funniest people of all time are a mix of actors, comedians, and even a few people who probably didn't start off trying t...
#64 of 132 The Best Joe Rogan Podcast Guests 84.4k VOTES The Joe Rogan Experience podcast is one of the oldest and most successful podcasts of all time. This isn't surprising&n...
#18 of 68 The Best Celebrity Podcasts, Ranked 6.6k VOTES Grab a seat and relax, as it's time to rank the best celebrity podcasts. Though podcasts are nothing new, tons of celebs hav...
#5 of 35 The Most Successful Mad TV Cast Members 4.6k VOTES List of the most successful Mad TV cast members, as ranked by fans and critics. From 1995-2009, the sketch comedy show Mad T...
#14 of 24 The Best Actors On Joe Rogan 468 VOTES Joe Rogan has worked as an actor himself, so it's no surprise that he's had a lot of actors as guests on The Joe Rogan Exper...
Famous People Whose Last Name Is Lee 30.8k VIEWS Being a fairly common name, it's no surprise there are a lot of famous people with the last name Lee. Do you recognize all t...
#1 of 22 The Funniest Asian Comedians of All Time 3.6k VOTES This list contains information about the best Asian comedians, loosely ranked by user votes. The best Asian comedians come i...
#3 of 16 Celebs Who Definitely Couldn't Wing It On 'Hot Ones' 80 VOTES On the hit YouTube show Hot Ones, host Sean Evans puts celebrities to the test by making them ingest the hottest of sauces -...

Bobby Lee is also found on...