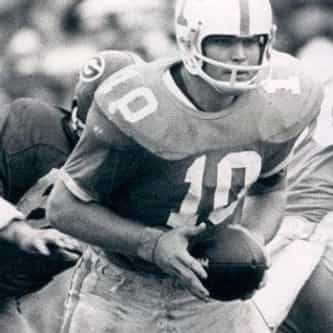 Robert Benson Scott (born April 2, 1949) is a former American football quarterback who played ten seasons in the National Football League (NFL) for the New Orleans Saints. He then played for the New Jersey Generals and Chicago Blitz of the United States Football League (USFL) in 1983. He graduated from Rossville High School in Rossville, Georgia. He was second on the Saints depth chart behind Archie Manning. In 1976, Manning had surgery on his throwing shoulder and Scott had the ... more on Wikipedia

Bobby Scott IS LISTED ON