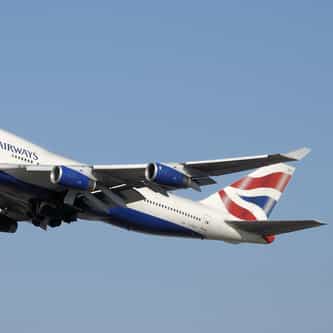 The Boeing 747-400 is a major development and the best-selling model of the Boeing 747 family of jet airliners. While retaining the four-engine wide-body layout of its predecessors, the 747-400 embodies numerous technological and structural changes to produce a more efficient airframe. Its most distinguishing features versus preceding 747 models are 6-foot winglets mounted on 6-foot wing tip extensions, which are found on all 747-400s except for Japanese domestic market versions. The ... more on Wikipedia