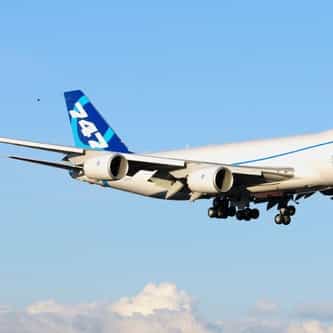 The Boeing 747-8 is a wide-body jet airliner developed by Boeing Commercial Airplanes. Officially announced in 2005, the 747-8 is the third generation of the 747, with lengthened fuselage, redesigned wings, and improved efficiency. The 747-8 is the largest 747 version, the largest commercial aircraft built in the United States, and the longest passenger aircraft in the world. The 747-8 is offered in two main variants: the 747-8 Intercontinental for passengers and the 747-8 Freighter for ... more on Wikipedia