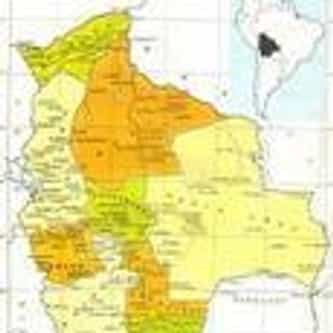 Bolivia, officially known as the Plurinational State of Bolivia, is a landlocked country located in western-central South America. It is bordered by Brazil to the north and east, Paraguay and Argentina to the south, Chile to the southwest, and Peru to the west. Prior to Spanish colonization, the Andean region of Bolivia was a part of the Inca Empire, while the northern and eastern lowlands were inhabited by independent tribes. Spanish conquistadors arriving from Cuzco and Asunción ... more on Wikipedia

40.8k readers This “Gate of the Sun” Monolithic Stone Monument Has Baffled Experts For Centuries

Bolivia IS LISTED ON