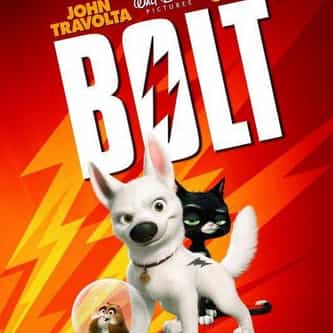 Bolt tells the story of a dog who is convinced that his role as a super dog is reality. When he is ripped from his world of fantasy, and action by his own doing. His own obsession with his owner and keeping her protected from the green eyed man of the television show he works on completely absorbs his life. This takes him to the point of no return when he believes that she has been taken, and he accidentally gets packaged and shipped to New York city in pursuit of his owner. This is when ... more on Wikipedia

Bolt IS LISTED ON