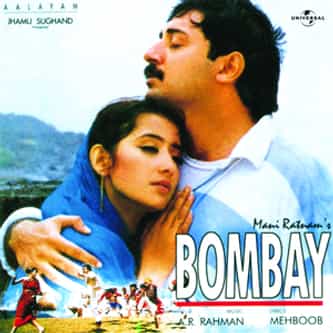 Bombay is a 1995 Indian Tamil drama film directed by Mani Ratnam, starring Arvind Swamy and Manisha Koirala, with music composed by A. R. Rahman. The film is centred on events, particularly during the period of December 1992 to January 1993 in India, and the controversy surrounding the Babri Masjid in Ayodhya, its subsequent demolition on 6 December 1992 and increased religious tensions in the city of Bombay that led to the Bombay Riots. It is the second in Ratnam's trilogy of films that ... more on Wikipedia

Bombay IS LISTED ON