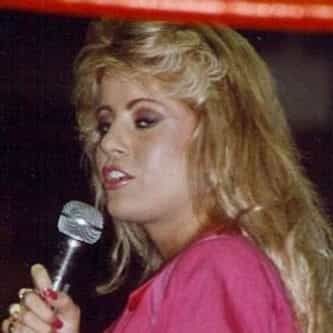 Bonnie "Boni" Blackstone (born November 8, 1965) is a retired American professional wrestling announcer, commentator, model, television and radio producer. She was a popular on-air personality in regional territories of the Southern United States during the 1980s, as part of the announcing team in the Global Wrestling Federation and briefly the World Wrestling Federation, as well as the longtime co-host of Superstars of Wrestling with husband Joe Pedicino and Gordon Solie from ... more on Wikipedia