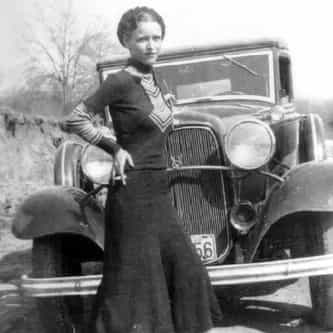 Bonnie Elizabeth Parker (October 1, 1910 – May 23, 1934) was born in Rowena, Texas, the second of three children. Her father, Charles Parker, a bricklayer, died when Bonnie was four. Her mother, Emma Krause, moved with the children to her parents' home in Cement City, an industrial suburb of Dallas, where she found work as a seamstress. Parker was one of the best students in her high school, winning top prizes in spelling, writing and public speaking. As an adult, her fondness for writing

1.5M readers This Gruesome Photo Shows The Moment Bonnie And Clyde Were Riddled With Bullets

10.5k readers The Real Story Behind Netflix’s ‘The Highwaymen’

Bonnie Parker IS LISTED ON