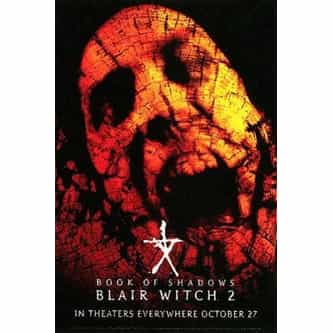 Book of Shadows: Blair Witch 2 is a 2000 American psychological horror film and the sequel to The Blair Witch Project, directed by Joe Berlinger. Another sequel was planned but never materialized. In August 2009, in a BBC News feature to mark the 10th anniversary of the first film, Daniel Myrick and Eduardo Sánchez, the director/creators of the original movie discussed potentially making a third film. Blair Witch 3 is currently still in talks. ... more on Wikipedia

Book of Shadows: Blair Witch 2 IS LISTED ON