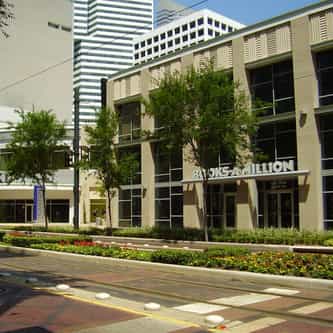 Books-A-Million, Inc., also known as BAM!, is a company that owns the second largest U.S. bookstore chain and is headquartered in Birmingham, Alabama. The company operates over 200 stores in the South, Midwest, and Northeast United States. As of 2010, the company had about 5,500 employees. In addition to its flagship Books-A-Million superstore division, the company also operates the stores branded Books & Company and book and greeting card stores under the name Bookland. The company's ... more on Wikipedia

Books-A-Million IS LISTED ON