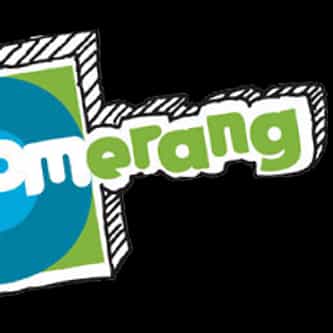 Boomerang is a 24-hour cable television channel owned by Turner Broadcasting System, a unit of Time Warner broadcasting in all Latin America. Initially it was focused on classical series and shows, as the Latin American version of Boomerang from the United States. In 2006, it relaunched as the Latin American and Brazilian version of POGO from India, marketed mainly on children. In 2008 it relaunched again with its own original identity and programming, focused on teen-oriented programming ... more on Wikipedia