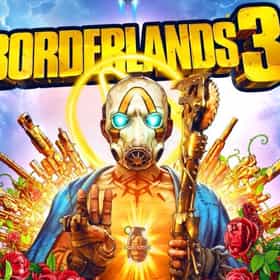 Borderlands 3 is an action role-playing first-person shooter video game developed by Gearbox Software, and the fourth main entry in the Borderlands series. It is to be released on September 13, 2019 for Microsoft Windows, PlayStation 4 and Xbox One. Borderlands 3 is a loot-driven first-person shooter. Players, either playing alone or in parties up to four people, make a character from one of four classes available, and take on various missions given out by non-playable characters (NPCs) and at bounty boards to gain experience, in-game monetary rewards, and reward items. Players can also gain these items by defeating enemies throughout the game. As the player gains level, they gain ... more on Wikipedia

Borderlands 3 is ranked on...