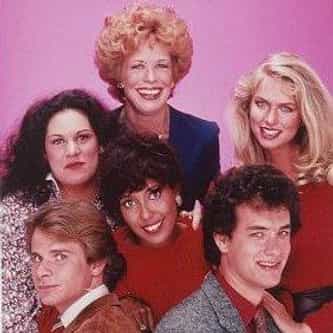 Bosom Buddies is an American sitcom starring Tom Hanks and Peter Scolari created by Robert L. Boyett, Thomas L. Miller and Chris Thompson. It ran from 1980 to 1982 on ABC and in reruns in the summer of 1984 on NBC. The show features the misadventures of two single men, working in creative advertising, struggling in their industry while disguising themselves as women in order to live in the one apartment they could afford. Gender stereotypes and male/female interpersonal relationships were ... more on Wikipedia

Bosom Buddies IS LISTED ON