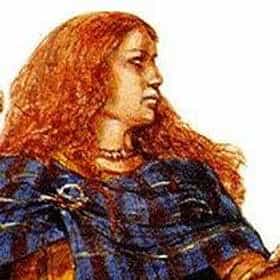 Boudica or Boudicca (; also Boadicea or Boudicea , and known in Welsh as Buddug Welsh pronunciation: [ˈbɨ̞ðɨ̞ɡ]) was a queen of the British Celtic Iceni tribe who led an uprising against the occupying forces of the Roman Empire in AD 60 or 61. She died shortly after its failure and was said to have poisoned herself. She is considered a British folk hero.Boudica's husband Prasutagus, with whom she had two children whose names are unknown, ruled as a nominally independent ally of Rome, and left his kingdom jointly to his daughters and to the Roman emperor in his will. However, when he died, his will was ignored, and the kingdom was annexed and his property taken. According to ... more on Wikipedia

Boudica is ranked on...

#106 of 370 The Most Important Leaders In World History 960.9k VOTES For good or for bad, our leaders can be powerful forces for change in the world. But who are the most impaction people to ev...
#206 of 452 Famous Role Models We'd Like to Meet In Person 543.3k VOTES These are the famous folks it would be most exciting to meet in person, as ranked by the wisdom of the crowd. Some of the be...
#9 of 16 Who Was The Toughest Of History’s Legendary Warriors? 863 VOTES In the era of the battle royale, it’s no wonder that renewed interest has arisen in deciphering once and for all who the tou...
#47 of 100 Historical Figures You Most Want to Bring Back from the Dead 145.2k VOTES Throughout the course of history, the human race has produced some truly remarkable individuals - individuals who, sadly, ha...
Female Military Leaders Of The Ancient World 26.9k VIEWS The common perception of ancient warfare is that armies were dominated by men in both commanding and fighting roles. Hi...
The Coolest Statues And Monuments Dedicated To Female Warriors 2.9k VIEWS History is full of amazing women who have overcome enormous odds to do something truly triumphant. However, it's relatively ...
The 13 Most Formidable Enemies The Roman Empire Ever Faced 29.5k VIEWS Sure, there were lots of rebels in ancient Rome (Spartacus, anyone?), but the most fascinating people the Romans fought were...
The Greatest Warrior Queens In History 72.1k VIEWS Despite millennia of male oppression, women have always managed to emerge in leadership roles, from queens who ruled without...