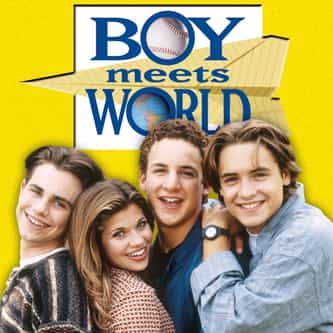 Boy Meets World (ABC, 1993) is an American television sitcom created by Michael Jacobs and April Kelly. An adolescent (Ben Savage) with two siblings tests his various theories about life as he endures the trials of growing up alongside a good friend. ... more on Wikipedia

3.7M readers 16 Dark Stories From Behind The Scenes Of Boy Meets World

2.5k readers Shawn From 'Boy Meets World' Had The Most Depressing Backstory In All Of TGIF Programming

2.6k votes Things That 'Boy Meets World' Got Away With Not Explaining

1.8M readers The Cast of 'Boy Meets World': Where Are They Now?

Boy Meets World IS LISTED ON