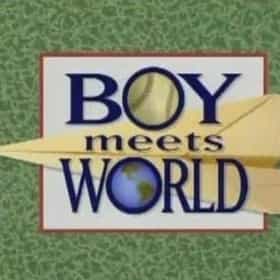 Boy Meets World is an American television sitcom that chronicles the coming of age events and everyday life-lessons of Cornelius "Cory" Matthews. The show follows Cory and his friends and family through seven seasons, from his middle school days as a pre-pubescent child to his life in college as a married man. The show aired from 1993 to 2000 on ABC, part of the network's TGIF lineup. The entire series has since been released on DVD, as well as on iTunes. A sequel titled Girl Meets World, focusing on Cory's pre-teen daughter, began airing on Disney Channel on June 27, 2014. ... more on Wikipedia

Boy Meets World is ranked on...