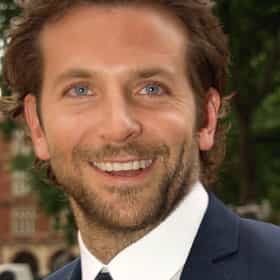 Bradley Charles Cooper (born January 5, 1975) is an American actor and filmmaker. He has been nominated for many awards, including seven Academy Awards and a Tony Award, and has won a Grammy Award and a BAFTA Award. Cooper appeared in Forbes Celebrity 100 on three occasions and Time's list of 100 most influential people in the world in 2015. His films have grossed $11 billion worldwide and he was named one of the world's highest-paid actors for four years. Cooper enrolled in the MFA program at the Actors Studio at The New School in New York City in 2000. His career began in 1999 with a guest role in the television series Sex and the City. He made his film debut two years later in the ... more on Wikipedia

Bradley Cooper is ranked on...

Bradley Cooper is also found on...