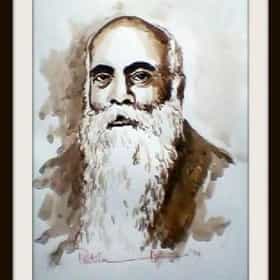 Sir Brajendra Nath Seal (Bengali: ব্রজেন্দ্রনাথ শীল; September 3, 1864 – 1938) was a renowned Bengali Indian humanist philosopher. He was one of the greatest original thinkers of the Brahmo Samaj and did work in comparative religion and on the philosophy of science. He systematised the humanism of the Brahmo philosophical thought. In his work, he underscored the tectonic shift in Brahmo theology in the late nineteenth century from liberal theism to secular humanism. Like his better known ideological precursor Ishwar Chandra Vidyasagar, Seal was an educator, a firm believer in the cause of rationalism and scientific enquiry, a polymath in his own right and yet at the same time a ... more on Wikipedia