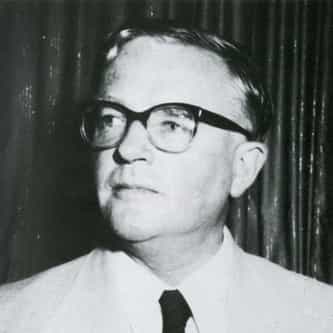 Abraham Louis Fischer (23 April 1908 – 8 May 1975) was a South African lawyer of Afrikaner descent, notable for anti-apartheid activism and for the legal defence of anti-apartheid figures, including Nelson Mandela at the Rivonia Trial. Following the trial he was himself put on trial accused of furthering communism. He was sentenced to life imprisonment, and diagnosed with cancer while in prison. The South African Prisons Act was extended to include his brother's house in Bloemfontein where ... more on Wikipedia

Bram Fischer IS LISTED ON