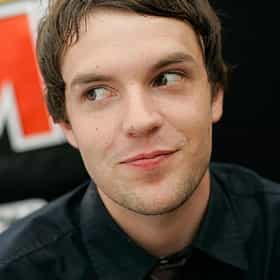 Brandon Richard Flowers (born June 21, 1981) is an American singer, songwriter, and musician, best known as the lead singer, keyboardist, and occasional bass guitarist of the Las Vegas-based rock band the Killers, with whom he has recorded five studio albums. In addition to his work with the Killers, Flowers has released two solo albums, Flamingo (2010) and The Desired Effect (2015). He has reached number one on the UK Albums Chart seven times, including work by the Killers. ... more on Wikipedia

Brandon Flowers is ranked on...

#302 of 453 The Greatest Singers of the Past 30 Years 213.7k VOTES One of the most debated topics in music is who are the greatest singers of the past 30 years. Whether you're a huge Whitney ...
#301 of 714 The Best Rock Vocalists 1.2M VOTES The best rock vocalists of all time are the frontmen of our favorite rock bands or those solo artists whose voices are some ...
#177 of 277 The Sexiest Musical Artists of All Time 349.8k VOTES If you've got it, flaunt it, and that's what these rock stars do. And for that they've been rewarded with the honor of sexie...
#127 of 406 People who voted for Brandon Flowers... also upvote Harry Potter Franchise on The Most Rewatchable Movies The Best Frontmen in Rock 777.2k VOTES   Giving out the title of best frontman in rock is like crowning someone the king of rock and roll. There are so many...
#40 of 50 Who's The Most Famous Musician From Every State? 20.5k VOTES Great music can be found across the US, but we often give the majority of credit to places like New York City, Los Angeles, ...
#16 of 35 Musicians You Would Want To Take Home To Meet Your Parents 5.1k VOTES While you definitely know of many musical artists you would take home to your bed, there's probably only a few you...
#48 of 55 Celebrities You'd Want To Go To Vegas With 6.8k VOTES While Las Vegas is certainly not for everybody, when you go with the right people, especially a well-connecte...
Ages Of Rock Stars When They Created A Cultural Masterpiece 11.6k VIEWS Genius knows no boundaries when it comes to age. Plenty of renowned rock stars released now-classic music at a you...
19 Musicians and Singers Who Are Mormon 84.9k VIEWS Several famous vocalists and frontmen are members of the Mormon faith. Some of these Mormon musicians were raised in the chu...
#7 of 30 The Best SPIN Covers 1.5k VOTES List of the most memorable SPIN Magazine covers, featuring the coolest photographs, sexiest celebrity shots, and most innova...

Brandon Flowers is also found on...