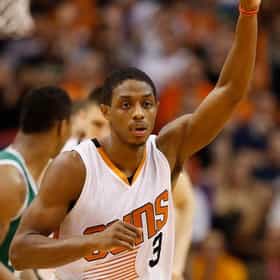 Brandon Emmanuel Knight (born December 2, 1991) is an American professional basketball player for the Cleveland Cavaliers of the National Basketball Association (NBA). A two-time Gatorade National Player of the Year, Knight played one season of college basketball for Kentucky before being selected by the Detroit Pistons in the 2011 NBA draft. After two seasons with the Pistons, he was traded to the Milwaukee Bucks. He spent a season and a half in Milwaukee before being traded to the Phoenix Suns in February 2015. In August 2018, he was traded to the Rockets. ... more on Wikipedia

Brandon Knight is ranked on...

Brandon Knight is also found on...