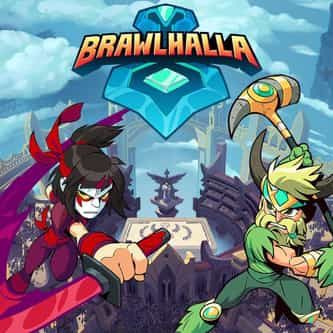 Brawlhalla is a free-to-play fighting game developed and published by Blue Mammoth Games for Microsoft Windows, macOS, and PlayStation 4. The game was first shown at PAX East in April 2014, and went into alpha later that month. An open beta was released in November 2015, the game was released in October 2017. In all of Brawlhalla's gamemodes, the goal is to knock one's opponent off the stage, comparable to Super Smash Bros. This can be done by applying damage on them repeatedly. Damage can ... more on Wikipedia

Brawlhalla IS LISTED ON