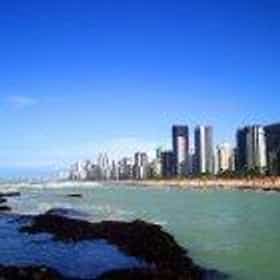 Brazil, officially the Federative Republic of Brazil, is the largest country in both South America and the Latin American region. It is the world's fifth largest country, both by geographical area and by population. It is the largest Portuguese-speaking country in the world, and the only one in the Americas. Bounded by the Atlantic Ocean on the east, Brazil has a coastline of 7,491 km. It borders all other South American countries except Ecuador and Chile and occupies 47.3 percent of the continent of South America. Its Amazon River basin includes a vast tropical forest, home to diverse wildlife, a variety of ecological systems, and extensive natural resources spanning numerous ... more on Wikipedia

Brazil is ranked on...

Brazil is also found on...