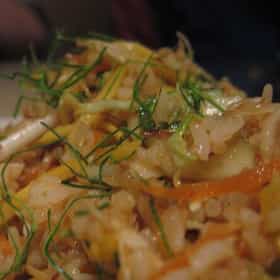 Breakfast was an Australian breakfast television program which aired live on Network Ten on weekdays, as well as a weekly highlights program on Saturday at 11:00am. It had a format consisting of news, sport and weather updates every half hour from 6:00am to 8:00am with a mixture of debate, current affairs and regular segments in between. The show originally ran from 6:00am–9:00am on weekdays preceding The Circle before being shortened to a two-and-a-half hour show, as part of the Mornings on Ten lineup. The presenting line-up consisted of Paul Henry and Kathryn Robinson, along with broadcast meteorologist Magdalena Roze who presented weather updates, while News & Sport updates were ... more on Wikipedia

Breakfast is also found on...