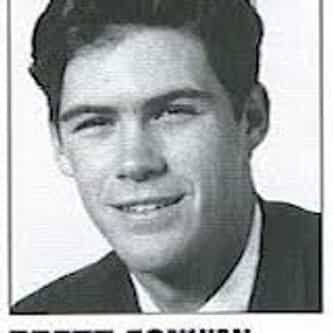 Brett Alan Conway (born March 8, 1975 in Atlanta) is a former professional American football player. He was a placekicker for seven seasons with various teams in the National Football League. He was drafted in the third round (#90 overall) by the Green Bay Packers in the 1997 NFL Draft. Conway played college football at Penn State, where his 276 career points rank him second all-time, and his 119 consecutive extra points are a school record. He kicked in four bowl games: Citrus, Rose, ... more on Wikipedia

Brett Conway IS LISTED ON