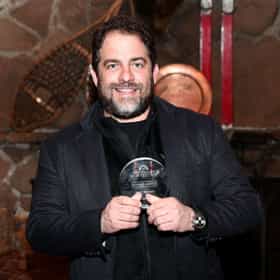 Brett Ratner (born March 28, 1969) is an American director and producer. He directed the Rush Hour film series, The Family Man, Red Dragon, X-Men: The Last Stand, and Tower Heist. He was also a producer of several films, including the Horrible Bosses series.Ratner got his start directing with music videos in the 1990s, and directed his first motion picture, Money Talks, in 1997. Overall, the films Ratner has directed have earned over $2 billion at the global box office. Ratner is the co-founder of RatPac Entertainment, a film production and financing company. Ratner led RatPac's partnership with Dune Entertainment in September 2013 for a co-financing deal with Warner Bros. that ... more on Wikipedia

Brett Ratner is ranked on...

#881 of 1,042 Celebrity Death Pool 2020 72.4k VOTES They may be beloved performers, award winners, or game changers, but no matter how famous, you can’t escape death. This cele...
#10 of 158 The Worst Movie Directors of All Time 39.5k VOTES A list of the worst directors in film history who have made some of the worst movies ever. Through a combination of luck and...
Famous People Named Brett 11.7k VIEWS List of famous people named Brett, along with photos. How many celebrities named Brett can you think of? The famous Bretts b...

Brett Ratner is also found on...